This is the 3rd in the series and the first book I read by Linda Ellen and I absolutely loved the book. I am going have to read the first two in the series since I enjoyed this one so much. They don't have to be read in order. I got so involved with the characters. Even though I really loved Gary and Julie, the character that stood out to me more was Gary's father. Gary was his only son and he had lost his wife. Gary and his father has a lot to work out. I received an advanced copy of the book, definitely recommend it. 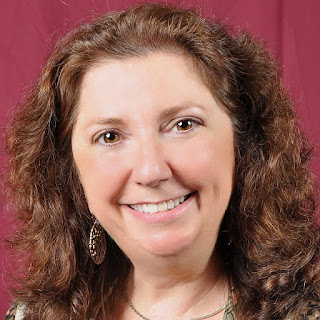 About Linda Ellen
Linda Ellen lives in Louisville, Kentucky with her husband of thirty-five years. A lifelong avid reader, Linda tried her hand at writing in 2009 and never looked back. Prior to the release of her debut novel Once in a While, she wrote articles for a local newspaper, The Southwest Reporter. Linda keeps very busy with her work in her church's prison ministry and writing every spare moment she gets. Many more plans are underway for books and series, both historical and modern day.
Linda Ellen's latest release, Her Blue-Eyed Lieutenant, is the third and final book in her Soldiers of Swing series, and her sixth book overall.

Contact Info for Linda
To keep up with the latest news on her books, including tailers, cover reveals, release dates, and book signings, you can visit her social media pages and through her website.

Blurb for “Her Blue-Eyed Lieutenant
Until now, Gary Tucker’s life had been one of privilege and wealth.  His long-lost brothers figured he’d had everything handed to him on a silver platter.  But he’d had struggles of a different kind—like the struggle to break free of Gareth B. Tucker, Sr.’s iron-fisted control—to be his own man. No one really understood what it was like to be Gareth Tucker, Jr....no one that is, except Julie.  Julie Banks was beautiful, wholesome, smart and funny—and his brother’s little sister.  Gene thought of her as just a kid—but Gary saw her as the woman of his dreams.  Therein lay the problem.  Were they destined to remain best friends, never taking their relationship farther than that?

Overshadowing all of this, however, was the War.  More than anything, Gary wanted to join the conflict and fly bombers over Germany and Japan.  Would he get the opportunity?

Could he find a way to become the man he knew he was called to be—and would the woman he loved be by his side when it was all said and done?

If you love stories about WWII and the “Greatest Generation” that read like you’re watching a classic movie, with handsome soldiers and beautiful girls-next-door, then Her Blue-Eyed Lieutenant is for you!

This is the third book in the Soldiers of Swing series, and like the others, it contains no profanity or illicit sex.