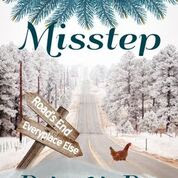 Pastor Hugh Foster: His heart was in the right place, even if, in hindsight, it appeared he’d clearly taken leave of his senses.

It’s December in Road’s End, Virginia, a tiny town long forgotten by anyone but its residents, where Colonel Hugh Foster and his wife, Melanie, have chosen to live—for better or worse. The jury’s still out on that one!

Road’s End is comprised entirely of senior citizens whose kids have grown and left for greener pastures. Hugh, Melanie, and Bristol (one of the few sane people in town) are faced with a crumbling church in desperate need of repair and renovation, a dwindling congregation of opinionated, ornery senior citizens, and a camel—yes, a camel. And if that's not enough, the trio and the rest of the Road's End residents are soon mired in danger and intrigue when a group of gun-toting drug dealers arrive in town, bent on killing the church handyman, and conspiring to ruin the doggonedest record-breaking blizzard the town has ever seen. 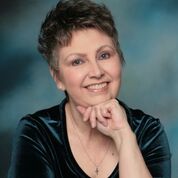 About the Author:
Deborah Dee Harper writes from Murfreesboro, Tennessee, and specializes in humorous, inspirational Christian books for both children and adults. Her novel, Misstep, is the first book in her Road’s End series for adults (although children are welcome to read them as well). She’s also written a children’s adventure series, Laramie on the Lam, that is inspirational, humorous, and full of fun. (Many of Laramie’s fans are adults!)

This is one of those books that you really have to keep reading to the end to appreciate it. The book is in first person and I had to figure out who the chapter was about since changed with every other chapter. Hugh and Melanie moved to River’s Bluff. Hugh is a preacher but did not come there to preach but ended up the towns preacher wanted to retire. Definitely some surprises in the story, mystery and is very inspirational. Emma is up in age but full of surprises of what she can do. The town is not boring and has some excitement. I received an complementary copy of the book from Celebrate Lit, I was not required to write an positive review.

Sometimes a record-breaking blizzard, kidnapping of senior citizen ladies by drug dealers, an explosion, a gunfight, a church full of armed senior citizen men, and a camel can be fun! Yes, really! #MISSTEP #RoadsEnd series http://amzn.to/2sj5E7M

Got those “too much winter, too little spring” blues? Read #MISSTEP and see how bad (and funny) it would be if you lived in the #RoadsEnd series. http://amzn.to/2sj5E7M

Ever been to #RoadsEnd, Virginia? Try it; you’ll like it! In fact, you’ll love it. Historic, peaceful (yeah, right), and tiny. #MISSTEP #WriteIntegrityPress http://amzn.to/2sj5E7M

Picture a small, historic town filled with opinionated senior citizens, a frazzled pastor and his patient wife, a rip-roaring blizzard, a camel, and a big ol’ bunch of drug dealers. Now tell me, how bad could that be? #MISSTEP http://amzn.to/2sj5E7M

An Amazon reviewer says “#MISSTEP is an entertaining read with a wonderful message. Don't miss this one.” http://amzn.to/2sj5E7M

Sick of winter? Sick of snow? Come in from the cold and read #MISSTEP where you’ll find a tiny town filled with opinionated senior citizens, one frazzled pastor, a camel, and (whoops) a record-breaking blizzard. http://amzn.to/2sj5E7M

A reviewer on Amazon says of #MISSTEP: “It is a rare author that can make you laugh out loud during scenes of greatest tension, but that is precisely what Deborah Dee Harper accomplishes in #Misstep—not once, but repeatedly.”
http://amzn.to/2sj5E7M

Who do you think would win in a battle between a bunch of senior citizens and band of drug dealers? Read #MISSTEP and you’ll find out! http://amzn.to/2sj5E7M

Need a good laugh with a dose of inspiration? A reviewer on Amazon says of #MISSTEP: “What a fun story! The characters are a hoot and had me laughing out loud.” http://amzn.to/2sj5E7M

#MISSTEP, the first book in the #RoadsEnd series, will have you laughing, shivering, and wondering, then leave you inspired. Can’t ask for more than that! http://amzn.to/2sj5E7M