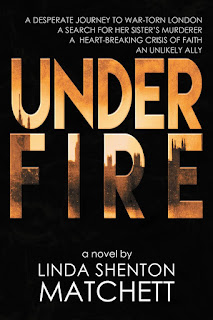 Journalist Ruth Brown’s sister Jane is pronounced dead after a boating accident in April 1942. Because Jane’s body is missing, Ruth is convinced her sister is still alive. During her investigation, Ruth becomes suspicious about Jane’s job. Eventually Ruth follows clues to war-torn London. By the time she uncovers the truth about Jane’s disappearance, she has stumbled on black marketers, resistance fighters and the IRA – all of whom may want her dead.

A great suspense book from start to finish. I love the writing of Linda Shenton Matchett, it is really good. The story just flowed along so good, a book that is hard to put down. Kept me guessing of who the bad guys was, never figured out on some of them. Set during WWII but the reporting side of it, I did wander how she carried her typewriter around when during that time it had to be heavy. She was one of the few women reporters and a very good one, determined to get the real story, to find out what happened to her sister. No romance in the book which was kinda of refreshing. Ruth travels to England to report on the war and investigate her sister death. I really got involved with the characters. I found myself talking to them.  I was fortunate to receive an advanced copy of the book from the author. 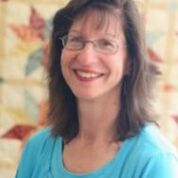 Linda Shenton Matchett is a journalist, blogger, and author. Born in Baltimore, Maryland, a stone’s throw from Fort McHenry, Linda has lived in historical places most of her life. She is a volunteer docent at the Wright Museum of WWII and as a Trustee for the Wolfeboro Public Library. Active in her church Linda serves as treasurer, usher, choir member, and Bible study leader. She is author of several romance novellas and novelettes. Under Fire, the first in her trilogy about amateur sleuth/war correspondent Ruth Brown, has just been released by eLectio Publishing (electiopublishing.com).

Writers are often asked where they get ideas for their stories. Many authors start with a “what if” scenario (e.g. what if the fate of a world lies in the hands of a young man who must return a ring of great power to its place of origin: The Lord of the Rings). Other authors find inspiration in news articles (Agatha Christie’s Murder on the Orient Express). I begin my stories by creating the main character. As a former Human Resources professional, I am fascinated by the history of women’s employment and enjoy reading about those who trail blazed in industries and positions formerly dominated by men. When I was trying to decide what my protagonist should do for a living, I knew she needed a job that allowed her freedom of movement, but nothing seemed to fit until I saw a museum exhibit about women war correspondents. Of the 1,600 journalists who received government accreditation, only 127 were female. In order to get a sense of what these women experienced (derision, hostility, sexual harassment, and more) I read their memoirs, autobiographies, diaries, and articles. As an accredited correspondent they were supposed to received meals, transport to the front, and transmission of their articles. Many military officers refused to take the women into combat zones, so they had to get there any way they could, such as Martha Gellhorn who stowed away on a hospital ship and hid in the head to reach Normandy and cover D-day. It is my hope that Under Fire honors these brave and tenacious women in some small way. 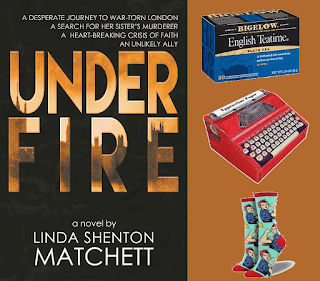 To celebrate her tour, Linda is giving away a grand prize consisting of: copy of the book, Box of English Tea, Typewriter notepad, and Rosie the Riveter socks!! Click below to enter. Be sure to comment on this post before you enter to claim 9 extra entries! https://promosimple.com/ps/c221
at September 20, 2017