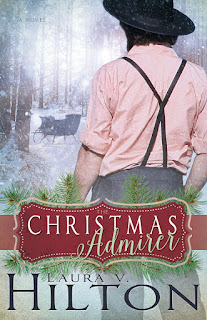 Amish romance fans will love this heartwarming holiday story, perfect for gift-giving. Benaiah Troyer has loved Susanna King for as long as he can remember, but when his parents died in an accident a year ago, he broke up with her—for her own good. After all, he was now the sole caregiver for his three younger sisters. What woman would want to put up with that? Still, against his better judgment, he can’t help leaving her a gift now and then, anonymously addressing her name in big block print, just to catch a smile. Roses one month, maple syrup candy another; and maybe this time, something special for Christmas. Susanna has never gotten over losing Benaiah, but now the clock is ticking. Her father is selling his glass-blowing business, remarrying in January, and moving to Iowa with his bossy wife-to-be. Angry and frustrated, Susanna realizes she’s left with three options: one, go with Daed to his new home with a new mom; two, stay in Jamesport, Missouri, as an old maid; or, three, the best yet, flush out her mysterious secret admirer. But how could she be with anyone else when her heart is still with Benaiah? 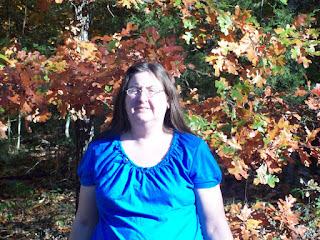 Amish fiction lovers responded positively and immediately to Laura V. Hilton’s debut novel, Patchwork Dreams, when she burst on the scene in 2009 with her unique series, The Amish of Seymour, set in the tiny town of Seymour, in Webster County, Missouri. Fans of the genre immediately recognized Hilton’s insider knowledge, not only of the Webster County community, but Amish culture in general. Her natural speech and writing patterns, she says, are uniquely “Amish,” acquired from her Amish maternal grandparents. The Amish of Seymour, includes Patchwork Dreams, A Harvest of Hearts, and Promised to Another. Her second series, The Amish of Webster County, is comprised of Healing Love, Surrendered Love, and Awakened Love. A stand-alone title, A White Christmas in Webster County, was released in September 2014. The Amish of Jamesport includes The Snow Globe, The Postcard and The Birdhouse. In spring 2016 she released The Amish Firefighter with the setting in Jamesport, MO, the same as for The Amish Wanderer. Laura is a member of American Christian Fiction Writers and a professional book reviewer. Laura and her husband, Steve, have five children, whom Laura homeschools. The family makes their home in Horseshoe Bend, Arkansas.

Love the characters of Susanna and Benaiah, so in love but will he be able to work things out in his life. I wanted to yell at her Dad, he was so selfish at times and his wife to be was also. There was some scenes that were funny in a way the situation ended up. She has a secret admirer and she is hoping it is Benaiah. Read the book to find out. Love the job that Benaiah did, glassware designing and some were very small pieces. I was able to imagine what they looked like and very beautiful. Susanna dad owns the shop, he is getting remarried and moving away. So how is that going to affect things. A fast reading book, very interesting, love Amish books and this is very enjoyable. Even though the book had an section that told what the Amish words meant I still had fun figuring them out while reading the book. I received an advanced copy of the book from the publisher.

Glass Blowing and The Christmas Admirer 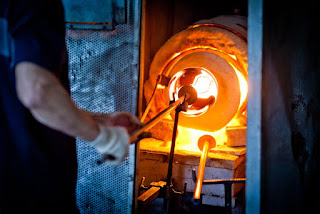 Right before my youngest son joined the Coast Guard we went on a short mini-vacation to Springfield, Missouri, actually going farther north almost to Kansas City to see another Amish community near there in Osceola. There is a cheese factory there and my son wanted to try some of their cheeses – such as a ghost pepper cheese. Too spicy for me. But upon the return to Springfield, Steve read about a glass blowers shop in the downtown area. We found the address and went to visit it. It is owned by an older gentleman and his son. They had a display area set up where people could see their wares and buy them and then a work area where the son mostly worked, and talked about how the fire needed to be so hot, and showed us how he worked and made things. As we watched, he made a lovely flower, a lily, in different colors of glass, green, white, pinks. It was fascinating. And I got to thinking what if… 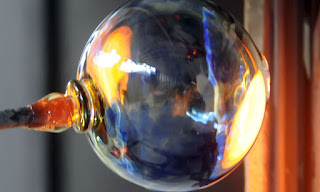 So I did some more research. Asked questions. Probably drove them nuts. But when Whitaker House indicated they’d be interested in a Christmas novel, I proposed one about a glass blower. The story is set in Jamesport, Missouri, and while completely stand alone, it does have some continuing characters from other books I’ve written set in Jamesport. If you are interested, the books set there are: Amish Books set in Jamesport, Missouri: The Snow Globe The Postcard The Birdhouse The Amish Firefighter The Amish Wanderer The Kissing Bridge (part of Springs of Love collection) The Christmas Admirer Gingerbread Wishes (part of A Plain Thanksgiving collection–November 2018) Love by the Numbers (February 2018) 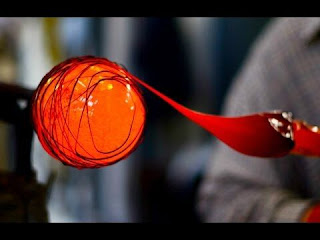 I haven’t read any books about an Amish glass blower, but that’s not to say they aren’t out there. I haven’t read all the Amish books available. Jamesport is an area that is more tourist-oriented than the books set in Seymour / Webster County Missouri. They give buggy tours, have bed and breakfasts, open their homes for visitors to eat supper with them, and have businesses. All Amish districts are different and the rules vary depending on the bishop and preachers. Some are more liberal and some more conservative. Some keep themselves distant and don’t welcome attention from non-Amish and some embrace it. While Jamesport is not as touristy as some districts in Lancaster Pennsylvania or in Ohio, it is much more so than others.

For on top of turkey sandwiches as Becca requested

In colander, rinse cranberries. In sauce pan, add water or orange juice and sugar, boil until sugar is dissolved. Add cranberries and return to a boil. Lower to simmer and cook about 10 minutes or until most of the cranberries had burst. Let cool.

Shift together flour, baking powder, ginger, nutmeg, cloves and cinnamon. Set aside. In mixing bowl, mix shortening, molasses, brown sugar, water, egg and vanilla until smooth. Gradually stir in the dry ingredients until they are absorbed. Divide dough into three pieces, pat down until about 1 ½ inch thickness, wrap in plastic wrap and refrigerate for three hours. Preheat oven to 350 degrees F. On lightly floured surface, roll the dough out to ¼ inch thickness. Cut in desired shapes. Place cookies about 1 inch apart on ungreased cookie sheet. Bake for 10 – 12 minutes in preheated oven. Cool on wire racks. When cool, decorate as desired. 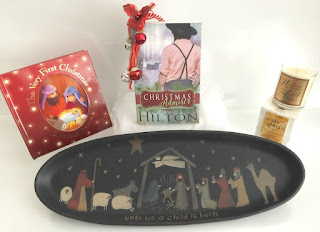