If he only knew blog tour and giveaway 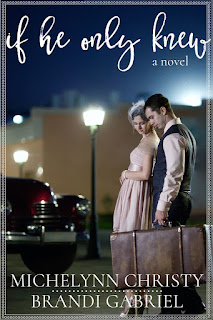 It’s 1968, and love is in the air in the small coastal town of Cambridge, California.
Donna Peterson, the preacher’s daughter, has her entire life ahead of her and the future looks promising. But things aren’t as they seem in Cambridge. A tangled web of secrets threaten to destroy the lives of each person involved – Donna, her boyfriend Bobby, and Rick, Bobby’s best friend. Will the truth make them free, or will they lose their friendship forever?

Author Michelynn Christy resides in the Midwest and enjoys creating romantic stories that point to Jesus. Her faith in God shines through the pages of her writing. Michelynn’s debut novelette A Christmas to Remember launched in late 2015. While this pen name and genre are somewhat new to her, she has penned over twenty titles under another pseudonym, has won awards for her works, and has earned best-selling title status. With that said, all glory goes to God!
Brandi Gabriel is co-author of twelve Christian fiction books, including this one. Her first solo novel, The Orphan Bride, released in 2016 and she has since added a sequel in the same series. Her goal in writing is to touch readers’ hearts in some special way and to glorify Jesus Christ, her Lord and Saviour.

Take a step back in time… If He Only Knew is a novel set in the late 1960s. The book deals with family relationships, loyalty, friendship, love, and loss. The main topic is somewhat controversial in nature, but we won’t mention what it is lest we spoil the story for readers. A similar book was written in a different genre under another name and the story really resonated with readers. We felt compelled to share this story with others who perhaps wouldn’t pick up that particular genre, and that is how this book came about. It may be set in the sixties, but the message is as relevant today as ever. Our prayer is that God will touch readers’ hearts and draw them closer to Him.

This is definitely a amazing book about forgiveness. It is one that leaves you feeling good at the end but also I never guessed on how it would end. It is set during the 1960’s when the Vietnam war was. It is not about the war directly but the war did have indirect affect on the characters. I loved how all the characters were written. There is Donna and Bobby, Rick their friend, Pamela who is Donna sister and Danny. Donna and Pamela Father is a preacher and a widow. A lot of conflict with some of the characters and also within their own self. This book was very interesting, not a dull moment in the book. An historical book but not way back in history but one we could all learn from. It was a blessing to read this book. I received an complementary copy of the book from Celebrate Lit Publishers. 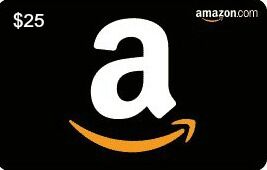