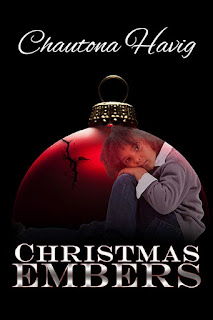 It’s a truth universally unacknowledged that sin will hunt you down and advertise its presence the moment you try to hide it. Emily Byrne sits in her daughter’s classroom listening to the deepest wishes of twenty kindergarteners as she sketches them. But when little Joey Cordell breaks down, weeping and insisting the only thing he wants to find is his father, she isn’t sure where her Christmas project will take her. Davia Cordell came to Rockland for one purpose–find her son’s father before she dies. An ex-prostitute, she’s well aware that the news will cause waves, but what’s a mother to do? As these women join forces to search for Joey’s father–a Rockland area pastor, no less– Emily learns compassion for a woman who just wants the best for her son and can’t quite imagine that Jesus wants anything to do with her. Each day, Davia weakens until Emily isn’t confident she’ll find the boy’s father in time–if at all. Doubts form. Should she look? Is it right to risk destroying a family like this–an entire church? The weight of that responsibility crushes her as Davia wastes away before her eyes. A mother’s love. A boy’s confidence. A family’s faith. A preacher’s failure. Is redemption even possible anymore? Christmas Embers: a story of love, failure, and redemption. 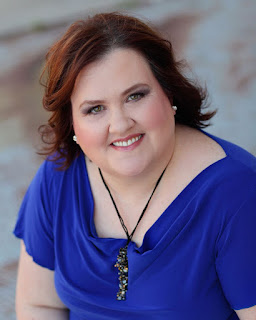 Author of the Amazon bestselling Aggie and Past Forward Series, Chautona Havig lives and writes in California’s Mojave Desert. With dozens of books to her name, Chautona spends most of her time writing, but when she takes the rare break, she can be found reading, sewing, paper crafting, or sleeping and dreaming of finishing the dozens of books swirling in her overly-active imagination at any given moment.

Infidelity to the Tune of Adeste Fideles

“I think my husband is having an affair.” An explanation followed. Look, I tend to be one who assumes the best of others—to a fault even. I read the “evidence” and frankly could see it going either way. It’s hard to tell across thousands of miles. While others on the message board saw red flag after red flag—and frankly, I did, too—I also saw perfectly innocent explanations for things. It’s a curse sometimes—that ability to see both sides of an issue. I cautioned against assumptions no one would want other people to make of themselves. And I prayed she was wrong. She wasn’t. It wasn’t the first time I’d come face to face with infidelity. As a child, there was an extended family member. As a newlywed, one of my wedding party—then another. Then another. The excuses, the justifications. Friends and I went to confront a sister in Christ on her affair with her husband’s best friend. We foolishly asked “what happened?” regarding her marriage. Her words: “We drifted apart.” I wanted to scream the words that battered my brain and heart. “Then row back together!” But over the years, it just grew worse. One by one, wives and husbands tossed aside vows made to a brother or sister in Christ—vows made before the Lord—in favor of what sometimes were serial affairs. Abuse. Horror. I’ve prayed women I love through court cases, medical visits, and disclosures from children no mother should ever have to hear. I’ve prayed for men I didn’t even like because of the pain their wives inflicted each time she left them alone with the kids. He knew. He always knew. Adultery is real. It’s ugly. And there’s absolutely a cure for it. Jesus. 100% surrender to Jesus. But as long as we rely on those little loops on the back of our boots instead of the saving, healing, strengthening power of Jesus, we’re just as vulnerable as the next person. And that’s why I wrote Christmas Embers. I took every heartbreaking story I’d observed over the years and put in each character for a reason. Every scene, every plot point, every twist—I put them exactly how and where they are for a reason. They’re there as a warning. This isn’t your lighthearted Christmas novel. Some have suggested I shouldn’t have set it at Christmastime. But you know what? Over half the disclosures I’ve ever heard of happened between Thanksgiving and New Year’s Day. I couldn’t get the idea of Joey’s story out of my head. And to write his story, it had to be at Christmas. Let me say it again. While Christmas may not seem like the optimal time for a hard-hitting book like this, I had to do it. Adultery is reaching epidemic proportions in the church. There’s a solution. His name is Jesus.

This is quite a story. Emily and Sean think they have a great marriage but something from the past could destroy it if they let it. He is a minister and she is a blogger. She is doing a story about what young children want for Christmas and gets some surprise answers. Love the children in the book, Piper and Joey, they were really smart and loving. Joey goes through a lot with his mom being very sick and then has a uncle that is in the service so he wants to find his dad for Christmas. Loved Emily, she wants a brother or sister for Piper but has problems with being able to have another child so she is dealing with that and the other issues. A book about forgiveness and surviving marriage. The book was a little slow at first but after a few chapters I got into the book and it was hard to put down. A very inspiring book. I received an advanced copy of the book from Celebrate Lit Publishers. 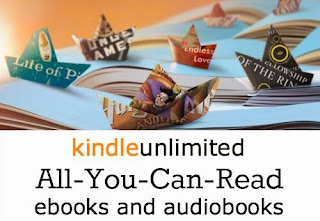 To celebrate her tour, Chautona is giving away a grand prize of a 6 month Kindle Unlimited Subscription!!
Click below to enter. Be sure to comment on this post before you enter to claim 9 extra entries!
https://promosimple.com/ps/c512
at December 17, 2017