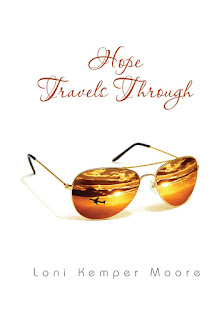 TeJae Smythe gave up on God and her hometown of Evansville, Indiana, ten years ago, but a deep personal loss requires her to return to both. Her life as a stewardess is going to be perfect. She has a plan. If only life would stick to it. In Hope Travels Through, TeJae finds the biggest challenge comes from the conflict within herself. Will she hold it all together? Or will she fall apart and embrace the beauty in the midst of disaster? Based on actual events of December 13, 1977, a date most people don’t remember, but one many living in the Ohio River Valley will never forget, the crash of the University of Evansville men’s basketball team plane. 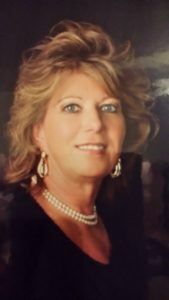 Loni Kemper Moore is a Denver-Broncos cheering, Diet-Pepsi sipping, Rocky Mountain adventure-seeking kind of girl. She’s passionate for God and wants to share His beautiful love through life’s ugliness with remarkable women around the globe. Her writing came alive seven years ago after she broker her ankle. The crazy time of being laid up forced her to flip through decades of diaries which inspired the story that became Hope Travels Through. When she’s not writing, she’s an entertainer, technical support analyst; mom of a teenager named Adam; traveler with Robert, her dear “Hugsband,” stepmom to University of Evansville alumna Becca and her husband, Anthony; and spender of way too much time on Facebook. With her experiences of learning to trust God through tragedy, being employed by travel agencies and Delta Air Lines, and attending University of Evansville graduate school, she’s the best person to tell this story.

What Made Me Write Hope Travels Through?

The weathered orthopedic surgeon shook his head and stared at the x-rays. Without making eye-contact, he said, “I usually work on Olympians and professional athletes. This doesn’t look good. She’s going to have arthritis and limp for the rest of her life.” I hadn’t had anything stronger than Tylenol since the entire weight of my 128 (at the time) pounds crunched my left ankle, 24 hours earlier. Robert, aka Dear Hugsband, had told me, so very graciously, when we arrived at Skate City, “Once you’re over 50, you shouldn’t roller skate.” But our son, Adam was 10 and I wondered how many more years he’d want me to hang out with him, so I’d strapped on the skates and joined the crowd of skaters. I avoided landing on the body of the five-year old who cut me off. Didn’t that count for something? However, none of that mattered at that moment. I needed drugs, and Robert agreed to whatever that surgeon said to get my prescriptions. One afternoon, my stomach growled on a gurney as I waited in the surgery center with IVs in my hands until a perky nurse announced, “The doctor will need to reschedule because something came up.” REALLY? After waiting 10 days, he no-shows? I’ve never loved Robert’s New York attitude more than the next day when by 7 pm that evening I was at Red Robin, post-surgery, eating a celebratory French Onion soup. Thanks to a nerve blocker the new, cute surgeon had provided after rebreaking bones and inserting pins. Adam was able to complete his homeschool work with little interference from my drug infested brain and I occupied my time by flipping through decades of accumulated diaries. The story of a woman surviving tough times percolated in my brain and I remembered my mother saying, “Everyone has a Great American Novel in her. You just need to take time to write it.” As my leg healed leaving no arthritis nor limp, I returned to the million things life demands, including a visit to our Becca at the University of Evansville, where I’d done my graduate work. As she showed us the Weeping Basketball, my protagonist informed me the story began in 1976, not 2011. The story climaxed when the university’s men’s basketball team plane crashed, but I was too busy to spend much time on it. Three days before Christmas that year, my younger sister passed away from Lyme complications, I could barely breathe. I’ve seen it a dozen times someone’s busy life prevents her from taking care of herself until something stops them in their tracks and they cannot move on. That happened to me. At the time, Dear Hugsband programmed Coca-Cola’s Freestyle machine (you’re welcome), so Adam and I joined him in Atlanta for several months. During that time without the cooking-cleaning-requirements and Adam insisting he preferred independence of his homeschool curriculum with minimal input from me, I processed my grief by putting the story that became Hope Travels Through on my computer. “In a weak moment, I have written a book.” Margaret Mitchell – Gone With The Wind Dear Hugsband loved his project with Coca-Cola and enjoyed everything about working in Atlanta except the humidity, the traffic and the commute. Typically, he worked in Georgia every other week, and was home every weekend. But occasionally, he’d be forced to stay in Atlanta over the weekend and tried to find something to entertain himself. One weekend, after seeing every movie running, he decided to go to the Margaret Mitchell House Museum where one of my favorite books, Gone With The Wind, was written. He bought me a mug with the above quote on it which he said was to encourage me in my writing, along with several commonalities between myself and the famous author.
Obviously, I don’t have one commonality with Margaret, in that she died at the age of 48 in a traffic accident, but his conclusions are precious. I’m well aware the odds of my little novel being successful, without the industry connections Margaret had, are low, but it’s been a fun journey even if no one buys a copy!

TeJae had already lost her brother but then her parents die in a accident also. She met Mikel while in Hawaii before finding out about her parents, he is a chaplain. He ends being a chaplain in her hometown. She is a stewardess and her there is also a travel agency in the family. I really loved TeJae, such a strong person and hard working.
Sometimes I did have problem trying to figure out which character the chapter was about or the section of the chapter but usually figured out after a couple of sentences. Loved the inspirational aspect of the book. Also I enjoyed the unique names of some of the characters.
The book is set in the 1970’s which was during the time when I grew up so had some things I did remember happening, I really loved the part where they went to a Elvis concert. The descriptions was really good in the book..
There was a lot of other characters in the book, some nice and some not so nice, like her cousin Ethel that was trying to get the family farm. This was a very interesting book. 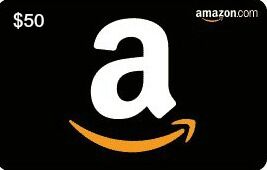 To celebrate her tour, Loni is giving away a grand prize of a $50 Amazon Card!!
Click below to enter. Be sure to comment on this post before you enter to claim 9 extra entries!
https://promosimple.com/ps/c5be
at December 27, 2017